Why Do Businesses Move to the Cayman Islands?

The Cayman Islands is a highly desirable jurisdiction for businesses to establish a presence in for several reasons:

The Cayman Islands is renowned for its leading financial services sector and robust tourism industry and in recent years medical tourism, family offices and technology-based companies have contributed to an increasingly diversified and growing business community. In 2019 there was a 2% increase in active companies from 107,402 in prior year to 109,556 and an impressive 12,817 newly incorporated companies added to the Register. (source)

HOW TO DO BUSINESS IN THE CAYMAN ISLANDS
Setting up a business in the Cayman Islands is a straightforward process that involves a few essential steps.

If financing a property purchase with a mortgage from a Cayman Islands bank, a property valuation report will be required. The cost of this valuation will depend based on the property’s size and value, but starting costs typically begin at CI$400. Allow four to six weeks from the time of application for a mortgage to be approved by the bank.

The Cayman Islands is home to a wide range of professionals in the legal and financial industries, allowing buyers peace of mind in working with experts and receiving appropriate guidance when choosing their ideal Cayman Islands home.

Once the purchase process is completed, international buyers may be qualified to apply for residency in the Cayman Islands based on a 25-year residency certificate (which can be renewed) if developed real estate is purchased at a value of US$1.2 million or CI$1 million or more. Other permanent residency programmes are also available. The Provenance Properties team can provide details.

The real estate specialists at Provenance Properties can introduce a wide range of luxury properties and help explain the process of buying real estate in Grand Cayman.

INDUSTRIES IN THE CAYMAN ISLANDS

Banking and finance
The Cayman Islands is a leading offshore financial centre. The country is among the top five largest global financial sectors and is internationally regarded as a world-class centre of commerce. Some 600 banks and trust companies have been incorporated in the Cayman Islands, largely because of the country’s tax-neutral status. With more than 700 captives, it is also the second largest captive domicile in the world.

In its 2017 global survey, Banker magazine named the Cayman Islands as the world’s #1 specialised financial centre, a position it has held for over a decade. The country was also ranked in the 22nd Global Financial Centres Index (GFCI 22) as among the top 29 percent of financial centres of the world, which ranked it as the second highest among all UK Overseas Territories and Crown Dependencies.

Legal
The Cayman Islands has a stable legal and judicial system, with the first law firm tracing its origins back to 1945. As a British Overseas Territory, the legal system is based on English common law, though local statutes apply.

Leading international law firms Maples, Walkers, Appleby, Ogier, Mourant, Conyers Dill & Pearman and Bedell Cristin have a presence in the Cayman Islands and several boutique law firms also operate on Grand Cayman. Many have consistently been listed in leading directories such as Chambers and Legal 500, and have been recognised as among the best offshore law firms in the Caribbean and the world.
Licensed attorneys based in the Cayman Islands provide legal advice in the areas of litigation, dispute resolution, corporate, private client, trust, employment, real estate, insurance, banking, aviation, shipping, funds, intellectual property, and civil and criminal law.

Culinary
The Cayman Islands is frequently referred to as the “Culinary Capital of the Caribbean.” Not only are there over 200 restaurants, cafes and bars across the three islands, but the variety of cuisine is what separates the Cayman Islands from other Caribbean islands.

From fine dining restaurants suitable for impressing a new client to enjoying quality time with family at casual waterfront dining venues, there is a restaurant to suit any taste and occasion. Enjoy global-inspired brasseries and fusion cuisine, Caribbean favourites and fare that marries the finest ingredients and cooking practices of the region.
Cayman’s culinary industry employs more than 2,500 people and contributes approximately six percent of the country’s GDP.

Technology
In contrast to other Caribbean islands, the Cayman Islands is serviced by dependable telecoms infrastructure. There are four telephone and internet providers in Grand Cayman. Phone service is offered via a traditional fixed line, Internet connection, or state-of-the-art fibre-optic network. Broadband internet is available through wireless, fixed, and fibre-optic connections.
Close to 100,000 mobile phone lines, 24,000 internet connections, and 34,000 fixed lines have been set up across the three Cayman Islands.

Aircraft and shipping
The Cayman Islands are widely recognised in the maritime industry as a top-quality flag state and in the international aviation sector as the registry of choice.

Owing to the Civil Aviation Authority of the Cayman Islands’ steadfast standards and exact requirements to qualify, a high level of respect has been earned throughout the aviation industry. This statutory body works closely with prospective registrants through the process of applying, seeking legal counsel, and obtaining insurance and issuance of the certificate of registration.

Insurance
With more than 800 active insurance licences, the Cayman Islands is a major centre for international insurance business in the Class A, B, C, and D categories, offering a broad range of coverage in the areas of home, health, life, personal property, and automobile.
The captive insurance industry in the Cayman Islands has sustained its strength and resilience in a changing economy and, today, the country maintains its position among the top three insurance domiciles. The annual Cayman Captive Forum is widely recognised as the leading conference in the insurance industry.

Family offices
One of the very first successful family offices to move to the Cayman Islands was that of the Dart family, who made the move in 1993 after visiting the islands several times on holiday. At the time, Ken Dart saw the potential for the Cayman Islands.
Over two decades later, many high-net-worth individuals and families have chosen to move their family office to the Cayman Islands due to its close geographical location to the U.S. and the incredible quality of life. In addition, a booming financial industry and tax-neutral environment are supported by a democratically elected government, ease of company incorporation, sophisticated infrastructure, ability to purchase real estate as an expatriate, and the availability of turnkey Class-A office space at locations like Camana Bay.

Retail
As a small island with minimal exports, most resale goods are imported into the Cayman Islands from the U.S. The retail industry in Grand Cayman thrives with an abundance of storefronts, most of which are located in the heart of George Town and cater to cruise visitors or along Seven Mile Beach selling to stayover visitors. While many retail stores are family-owned and entrepreneurial ventures, there are a few internationally recognised stores like Victoria’s Secret, Pandora, GNC, Books & Books and Cost U Less. In addition, many luxury brands are carried at local stores, such as POLO, Philip Stein, Hermes, Tory Burch and Tacori. 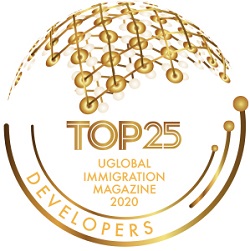